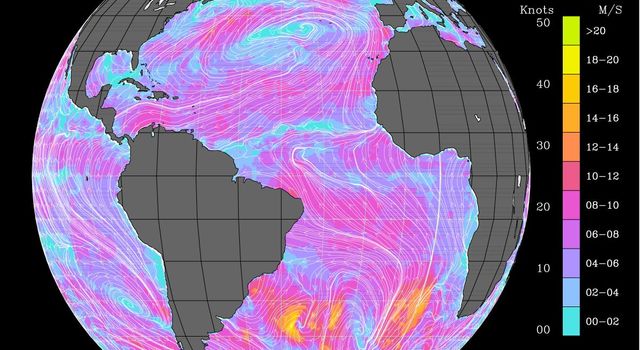 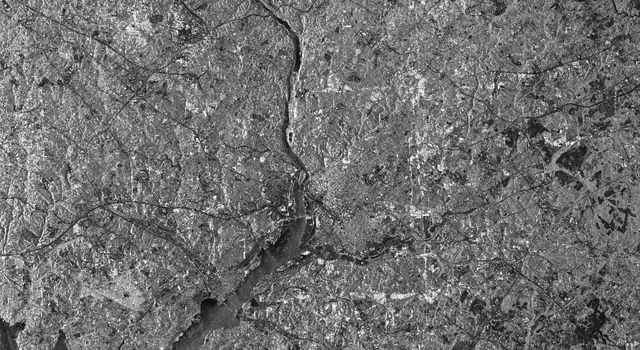 This image shows wind speeds and direction in the Pacific Ocean on August 1, 1999, gathered by the Seawinds radar instrument flying onboard the QuikScat satellite.

This image was released in conjunction with PIA01347. The caption released for these images mostly details the Pacific region.

The intense surface winds of Typhoon Olga, represented by yellow spirals, can be seen moving around South Korea in the China Sea. QuikScat tracks its birth as a tropical depression in the Philippines and its northward journey in the western Pacific to its landfall in Korea. The eastern North Pacific is dominated by a persistent high-pressure system, whose anticyclonic (clockwise) flow creates strong winds blowing parallel to the coast of Canada and the United States. Three groups of very intense winter storm scan be seen around Antarctica, which are associated with the season of maximum sea ice in that region of the world.