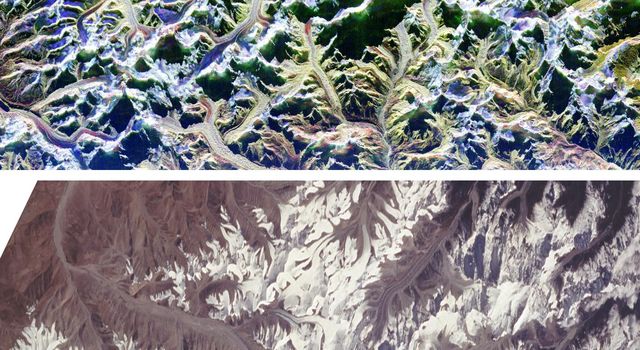 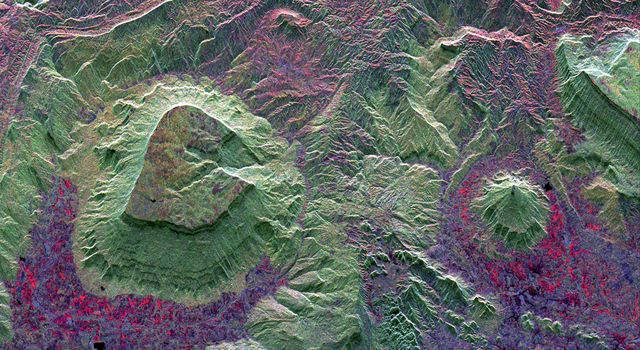 SIR-C/X-SAR is shown here in the payload bay of the orbiting space shuttle Endeavour (STS-59), with an area of the Pacific Ocean northeast of Hawaii in the background. The photograph was taken with a hand-held 70-millimeter camera through the space shuttle's aft flight deck windows. SIR-C/X-SAR's antenna, with its large triangular support structure and flat antenna panels, almost fills the payload bay. Embedded in the antenna are hundreds of small transmitters and receivers. The antenna panels gather data simultaneously at three frequencies: C-Band, L-Band and X-Band. Six NASA astronauts spent a week and a half in Earth orbit in support of the radar mission.