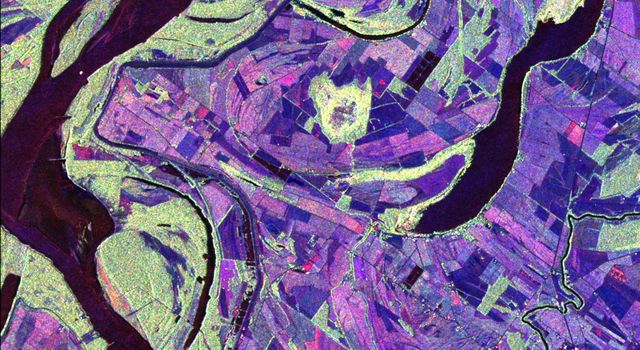 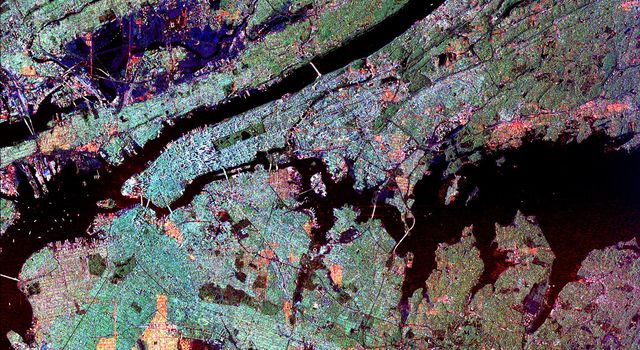 The ability of a sophisticated radar instrument to image large regions of the world from space, using different frequencies that can penetrate dry sand cover, produced the discovery in this image: a previously unknown branch of an ancient river, buried under thousands of years of windblown sand in a region of the Sahara Desert in North Africa. This area is near the Kufra Oasis in southeast Libya, centered at 23.3 degrees north latitude, 22.9 degrees east longitude. The image was acquired by the Spaceborne Imaging Radar-C/X-band Synthetic Aperture (SIR-C/X-SAR) imaging radar when it flew aboard the space shuttle Endeavour on its 60th orbit on October 4, 1994. This SIR-C image reveals a system of old, now inactive stream valleys, called "paleodrainage systems,