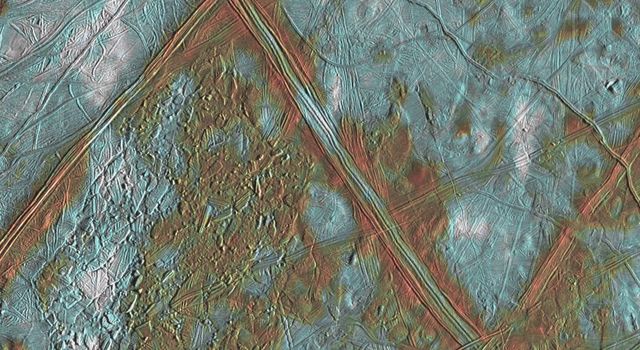 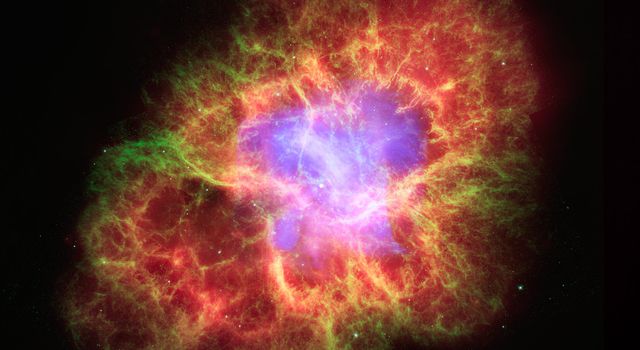 This composite includes the four largest moons of Jupiter which are known as the Galilean satellites. The Galilean satellites were first seen by the Italian astronomer Galileo Galilei in 1610. Shown from left to right in order of increasing distance from Jupiter, Io is closest, followed by Europa, Ganymede, and Callisto.

The order of these satellites from the planet Jupiter helps to explain some of the visible differences among the moons. Io is subject to the strongest tidal stresses from the massive planet. These stresses generate internal heating which is released at the surface and makes Io the most volcanically active body in our solar system. Europa appears to be strongly differentiated with a rock/iron core, an ice layer at its surface, and the potential for local or global zones of water between these layers. Tectonic resurfacing brightens terrain on the less active and partially differentiated moon Ganymede. Callisto, furthest from Jupiter, appears heavily cratered at low resolutions and shows no evidence of internal activity.

North is to the top of this composite picture in which these satellites have all been scaled to a common factor of 10 kilometers (6 miles) per picture element.

The Solid State Imaging (CCD) system aboard NASA's Galileo spacecraft acquired the Io and Ganymede images in June 1996, the Europa images in September 1996, and the Callisto images in November 1997.

This image and other images and data received from Galileo are posted on the World Wide Web, on the Galileo mission home page at URL http://galileo.jpl.nasa.gov/. Background information and educational context for the images can be found at http://www.jpl.nasa.gov/galileo/sepo.