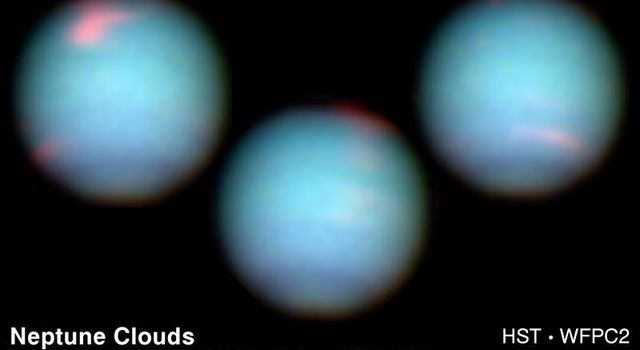 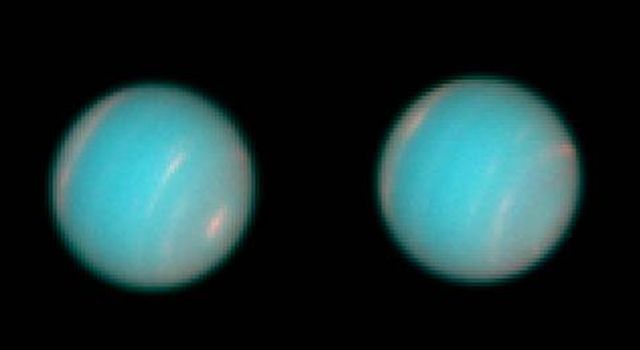 The spot is a near mirror-image to a similar southern hemisphere dark spot that was discovered in 1989 by the Voyager 2 probe. In 1994, Hubble showed that the southern dark spot had disappeared.

Like its predecessor, the new spot has high altitude clouds along its edge, caused by gasses that have been pushed to higher altitudes where they cool to form methane ice crystal clouds. The dark spot may be a zone of clear gas that is a window to a cloud deck lower in the atmosphere.

Planetary scientists don t know how long lived this new feature might be. Hubble's high resolution will allow astronomers to follow the spot's evolution and other unexpected changes in Neptune's dynamic atmosphere.

The image was taken on November 2, 1994 with Hubble's Wide Field Planetary Camera 2, when Neptune was 2.8 billion miles (4.5 billion kilometers) from Earth. Hubble can resolve features as small as 625 miles (1,000 kilometers) across in Neptune's cloud tops.