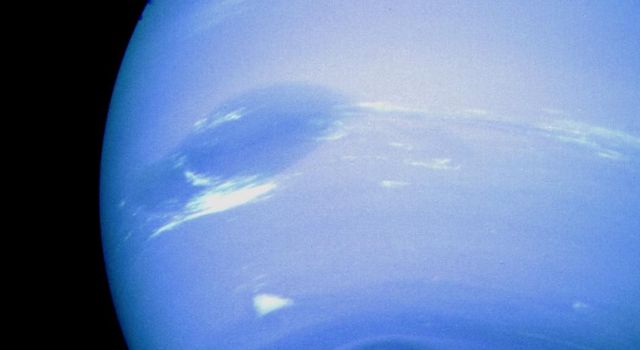 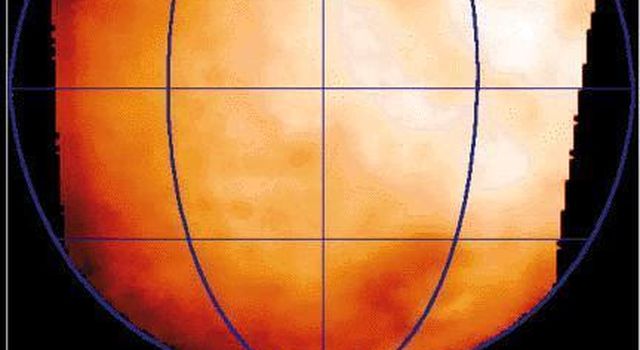 Temperature Map of Ganymede
The Near-Infrared Mapping Spectrometer (NIMS) on Galileo obtained this image of half of Io's disk in darkness on September 19, 1997. This image, at 5 microns, shows several hot spots on Io, which are volcanic regions of enhanced thermal emission. The area shown is part of the leading hemisphere of Io.