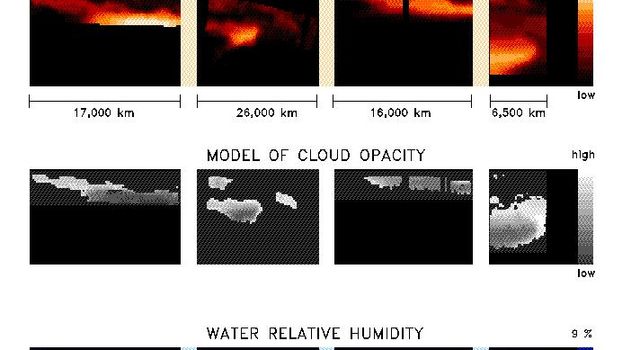 NIMS Observes the Structure and Composition of Jupiter's Clouds 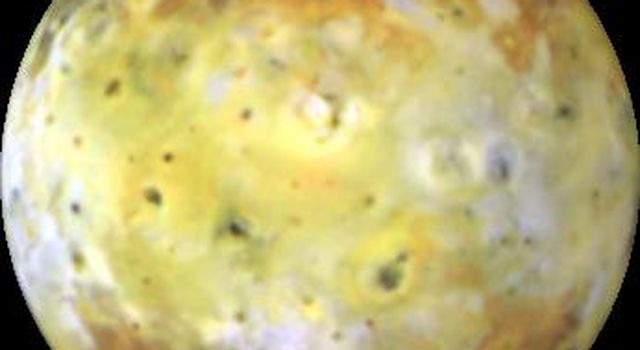 This color composite of Io was acquired by Galileo during its sixth orbit (E6) of Jupiter as part of a sequence of images designed to monitor changes in the surface color due to volcanic activity. Two prominent features in this hemisphere are Pele (the big red ring) and Loki (the dark horseshoe shaped feature). Amaterasu Patera, the dark spot north of Loki, has darkened since G1. The new deposits at Ra Patera (below Loki) have faded in appearance since the images taken eight months earlier during Galileo's first orbit (G1). (Compare this view of Ra Patera with the Galileo images from June 1996 and Voyager images obtained in 1979. A limb view showing the erupting plume during G1 is available as well.)

North is to the top of the picture which combines images acquired using violet, green, and near-infrared (756 micrometers) filters. The resolution is 11.2 kilometers per picture element. The images were taken on February 20, 1997 at a range of 554,000 kilometers by the solid state imaging (CCD) system on NASA's Galileo spacecraft.