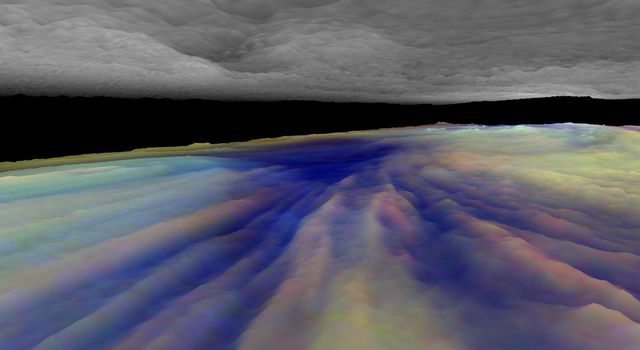 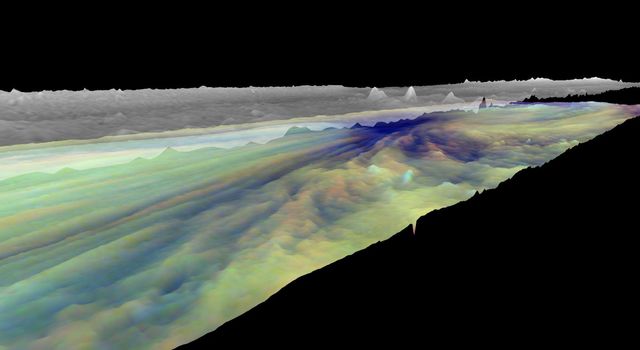 This frame is a view to the northeast, from between the cloud layers and above the streaks in the lower cloud leading towards the hotspot. The upper haze layer has some features that match the lower cloud, such as the bright streak in the foreground of the frame. These are probably thick clouds that span several tens of vertical kilometers.