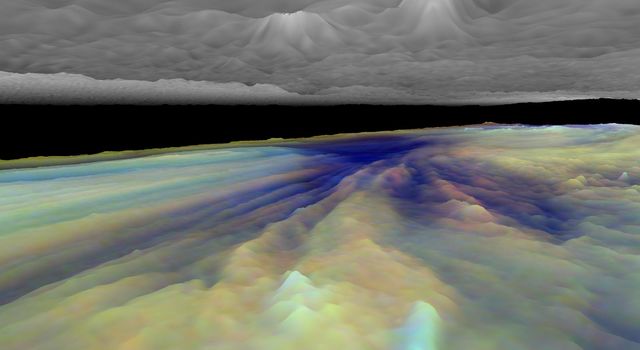 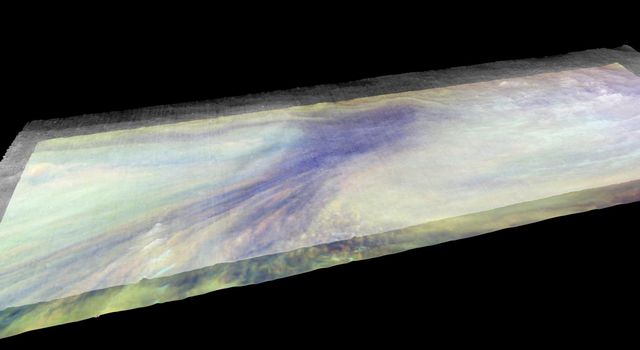 This frame is a view from the southwest looking northeast, from an altitude just above the high haze layer. The streaks in the lower cloud leading towards the hotspot are visible. The upper haze layer is mostly flat, with notable small peaks that can be matched with features in the lower cloud. In reality, these areas may represent a continuous vertical cloud column.