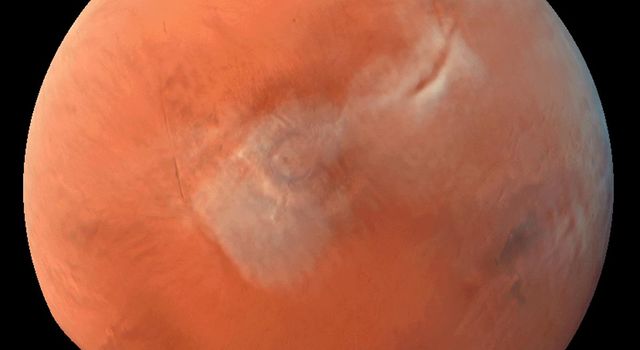 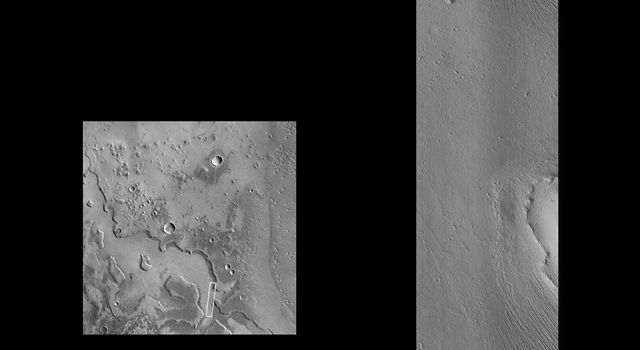 An exotic terrain of wind-eroded ridges and residual smooth surfaces are seen in one of the highest resolution images ever taken of Mars from orbit. The Medusae Fossae formation is believed to be formed of the fragmental ejecta of huge explosive volcanic eruptions. When subjected to intense wind-blasting over hundreds of millions of years, this material erodes easily once the uppermost tougher crust is breached. The crust, or cap rock, can be seen in the upper right part of the picture. The finely-spaced ridges are similar to features on Earth called yardangs, which are formed by intense winds plucking individual grains from, and by wind-driven sand blasting particles off, sedimentary deposits.