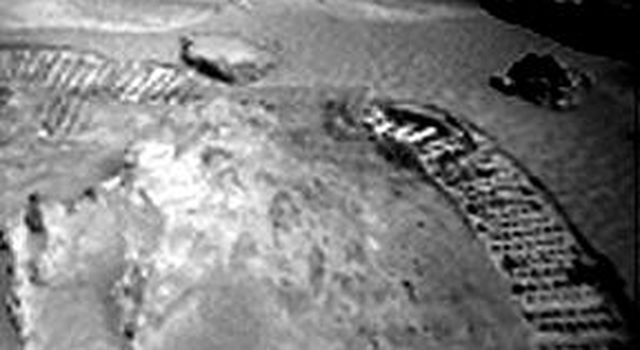 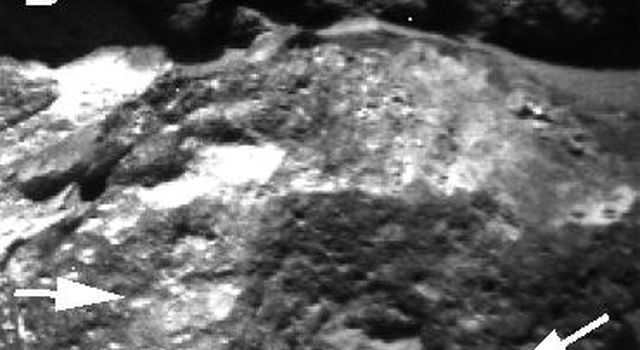 Sojourner's observations in the Ares region on Mars raise and answer questions about the origins of the rocks and other deposits found there. This image shows the vesicular and pitted textures of Souffle Rock (32 cm wide) which could be a result of volcanic, sedimentary, or weathering processes.