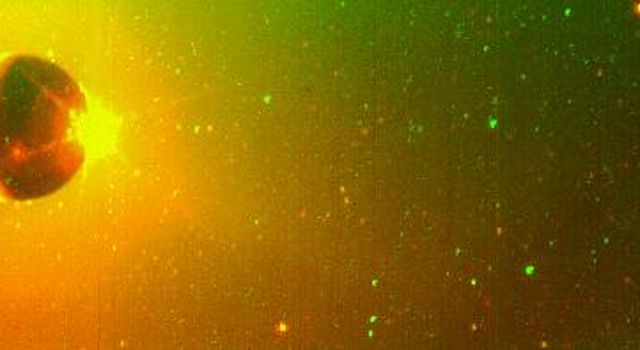 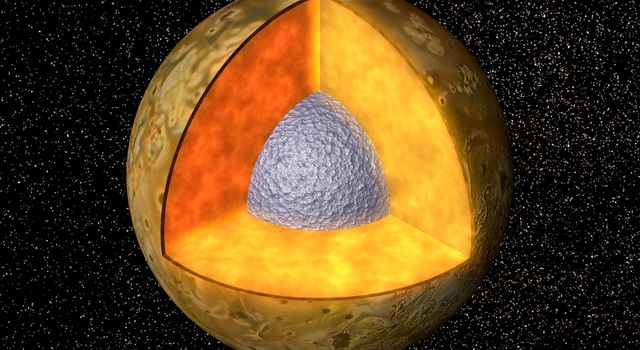 Interior of Io
These frames combine data from two of the instruments aboard NASA's Galileo spacecraft. The left image is from the Solid State Imaging (SSI) system and the right frame shows data from the Near Infrared Mapping Spectrometer (NIMS) overlaid on the SSI data. North is to the top of the images. The area to the northeast (upper right corner) of the NIMS observation shows the southwest part of the ancient impact structure Asgard on Jupiter's moon Callisto. The Asgard multi-ring system has a central bright zone approximately 230 km (140 miles) across, surrounded by concentric rings out to 800 km (480 miles). The rings are fractured parts of the surface with scarps near the central zone and troughs at the outer margin. Impact craters ranging in size down to the limit of resolution are visible throughout the image.

The NIMS observation of a small section of the Asgard terrain reveals compositional variations over the surface of Callisto. Red indicates a high concentration of clean ice at the floor of an impact crater while blue shows large amounts of non-ice material on the surrounding surface.