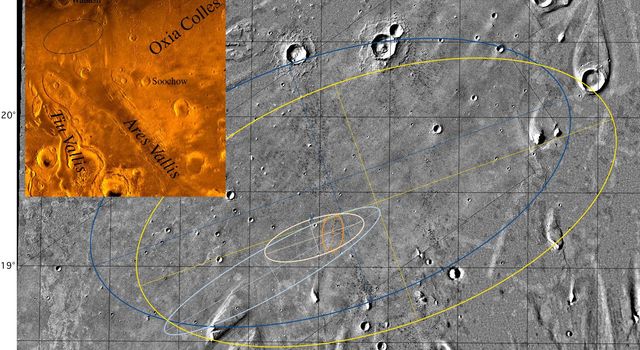 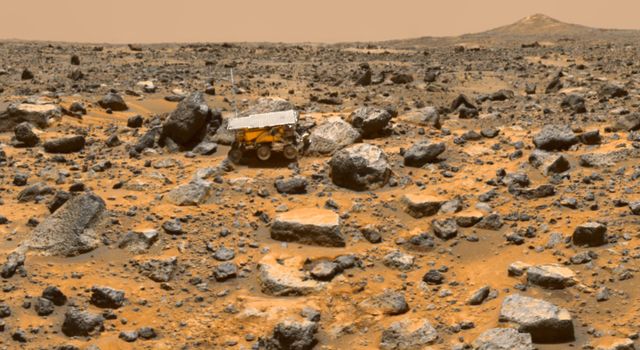 Lander image of rover near "The Dice" (three small rocks behind the rover) and "Yogi" on sol 22. Color (red, green, and blue filters at 6:1 compression) image shows dark rocks, bright red dust, dark red soil exposed in rover tracks, and dark (black) soil. The APXS is in view at the rear of the vehicle, and the forward stereo cameras and laser light stripers are in shadow just below the front edge of the solar panel.