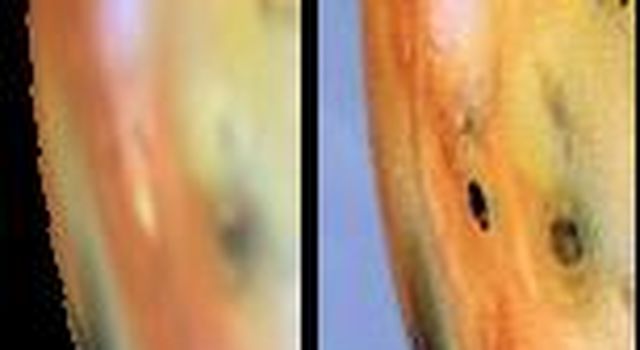 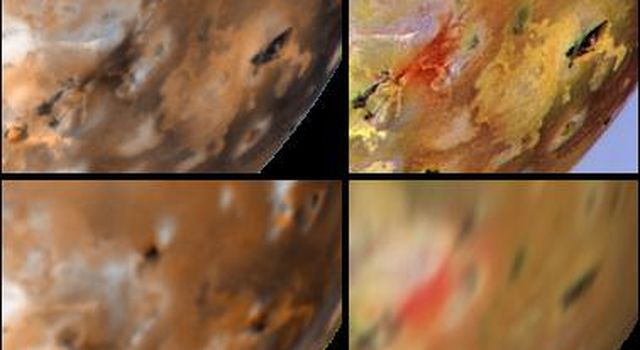 Changes around Marduk Between Voyager, and Galileo's First Two Orbits

Detail of changes on Jupiter's moon Io in the region around Maui and Amirani as seen by the Voyager 1 spacecraft in April 1979 (left frame) and NASA's Galileo spacecraft in September 1996 (right frame). North is to the top of both frames. The dark, north - south running linear feature, Amirani, is approximately 350 km long. Maui is the large circular feature immediately west of the southern end of Amirani. Note the brightening of the west side of Maui and the bright patch on the west side of Amirani.