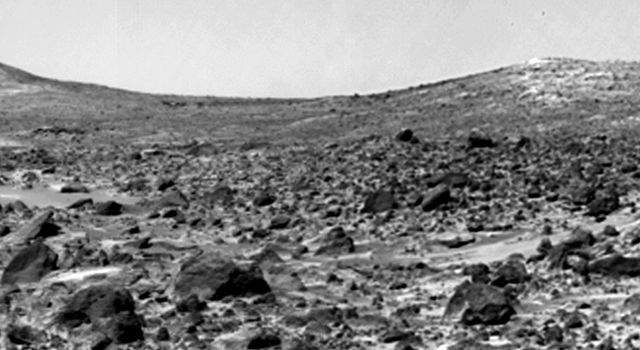 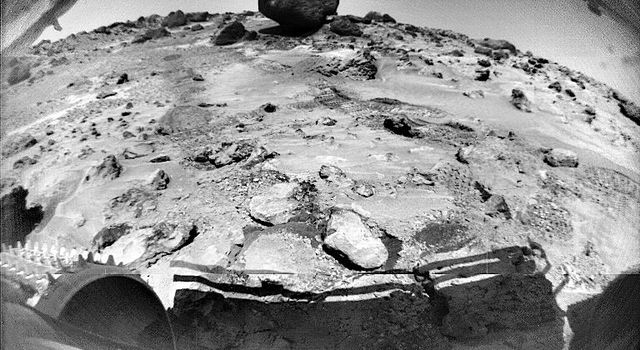 This panorama of the region to the northeast of the lander was constructed to support the Sojourner Rover Team's plans to conduct an "autonomous traverse" to explore the terrain away from the lander after science objectives in the lander vicinity had been met. The large, relatively bright surface in the foreground, about 10 meters (33 feet) from the spacecraft, in this scene is "Baker's Bench." The large, elongated rock left of center in the middle distance is "Zaphod."

This view was produced by combining 8 individual "Superpan" scenes from the left and right eyes of the IMP camera. Each frame consists of 8 individual frames (left eye) and 7 frames (right eye) taken with different color filters that were enlarged by 500% and then co-added using Adobe Photoshop to produce, in effect, a super-resolution panchromatic frame that is sharper than an individual frame would be.