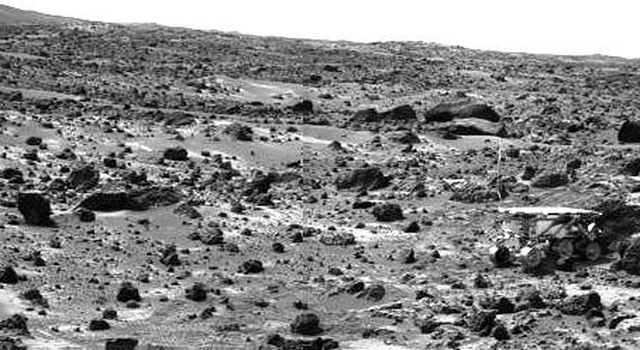 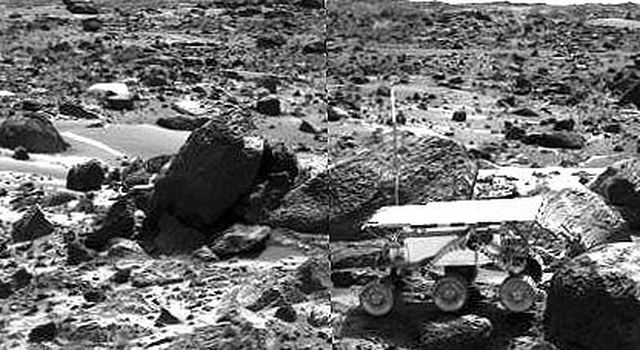 noontime on Sol 75 (September 18). The rover's middle right wheel is raised above the surface. Sojourner is over 12 m from the lander, a mission record. The image was taken by the Imager for Mars Pathfinder (IMP).