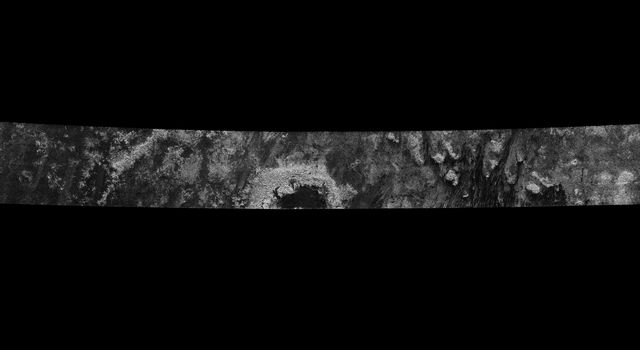 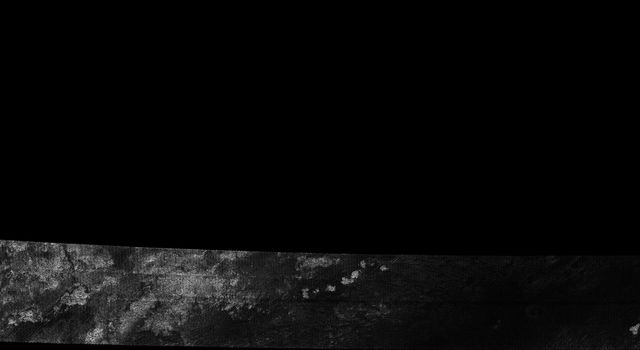 This image was obtained by NASA's Cassini radar instrument during a flyby on Jan. 12, 2010. High southern latitudes (Ontario Lacus, Mezzoramia).

The image has been processed with a resolution of 128 pixels/deg.

The Cassini-Huygens mission is a cooperative project of NASA, the European Space Agency and the Italian Space Agency. The Jet Propulsion Laboratory, a division of the California Institute of Technology in Pasadena, manages the mission for NASA's Science Mission Directorate. The Cassini orbiter was designed, developed and assembled at JPL. The radar instrument was built by JPL and the Italian Space Agency, working with team members from the United States and several European countries.