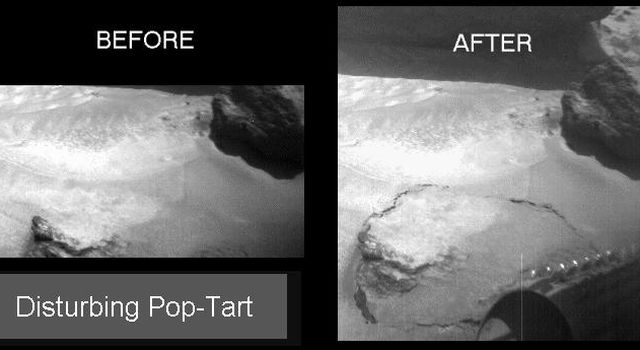 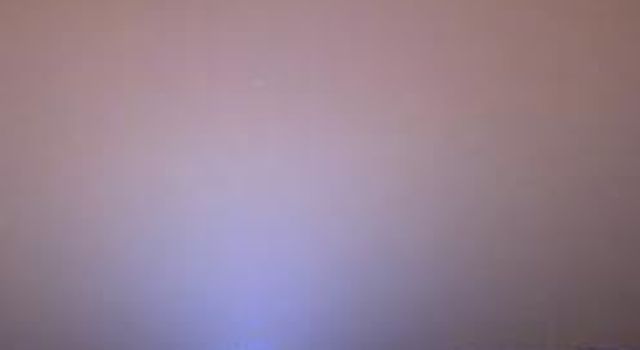 The Sojourner rover is seen next to the rock "Shark," in this image taken by the Imager for Mars Pathfinder (IMP) near the end of daytime operations on Sol 52. The rover's Alpha Proton X-Ray Spectrometer is deployed against the rock. The rock "Wedge" is in the foreground.