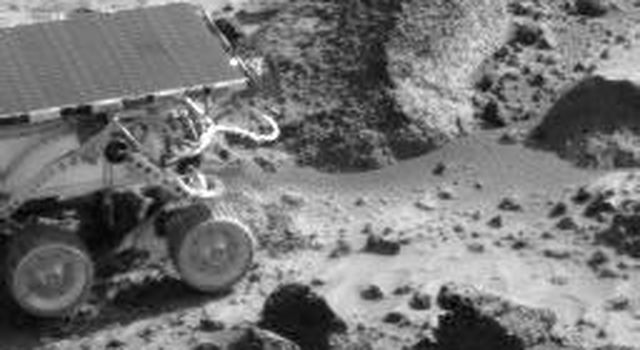 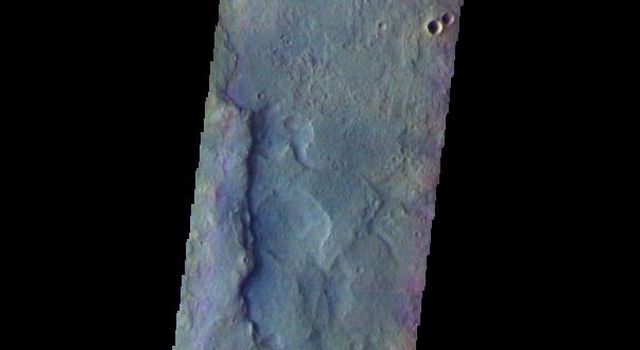 This image, taken by the Imager for Mars Pathfinder (IMP) at the end of Sol 44, shows the Sojourner rover heading toward a rock called "Shark." Sojourner's left front wheel is jutting up against the side of Wedge, at left. The stowed Alpha Proton X-Ray Spectrometer (APXS) instrument can be seen on the rear on the rover.

Mars Pathfinder is the second in NASA's Discovery program of low-cost spacecraft with highly focused science goals. The Jet Propulsion Laboratory, Pasadena, CA, developed and manages the Mars Pathfinder mission for NASA's Office of Space Science, Washington, D.C. The Imager for Mars Pathfinder (IMP) was developed by the University of Arizona Lunar and Planetary Laboratory under contract to JPL. Peter Smith is the Principal Investigator. JPL is a division of the California Institute of Technology (Caltech).