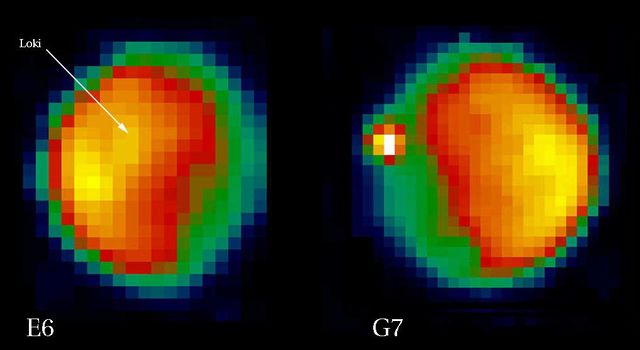 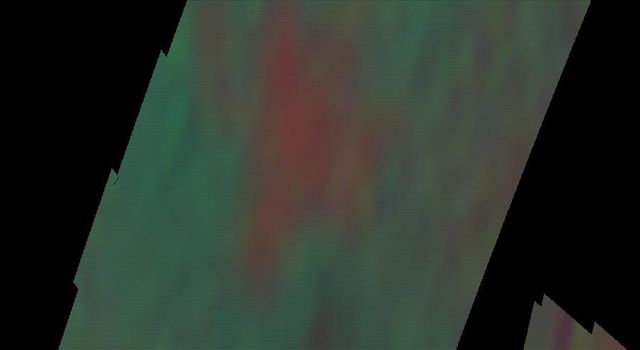 Callisto's Southern Hemisphere
The Near-Infrared Mapping Spectrometer (NIMS) on Galileo observes Io on nearly every orbit as part of a program monitoring the level of volcanic activity on this moon. Io is the most volcanically active body in the Solar System and NIMS has discovered many new volcanoes. The latest addition to the inventory was discovered during orbit C9, at Shamash Patera, located on the side of Io facing away from Jupiter. The image above shows, on the left, the portion of Io imaged during this observation as seen by Voyager. The image on the right shows Io at 4.99 microns (in the infrared). Some of the disk is in darkness, making the identification of these hot spots easier. New names have been given to some of the newly discovered features. The hot spots Isum, Mulungu and Tupan have been active since their discovery during the G1 orbit. Zamama, an active region between Prometheus and Isum, was discovered during G1. It was active through orbit E4 but has since faded considerably.