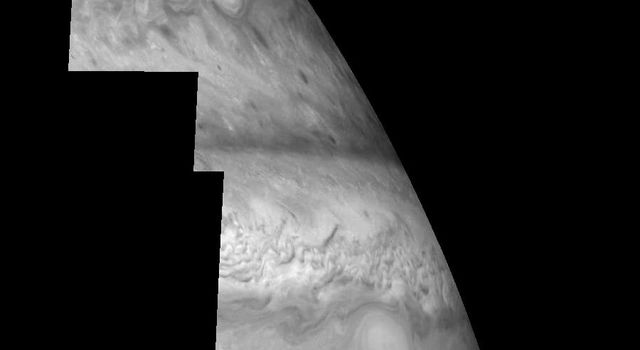 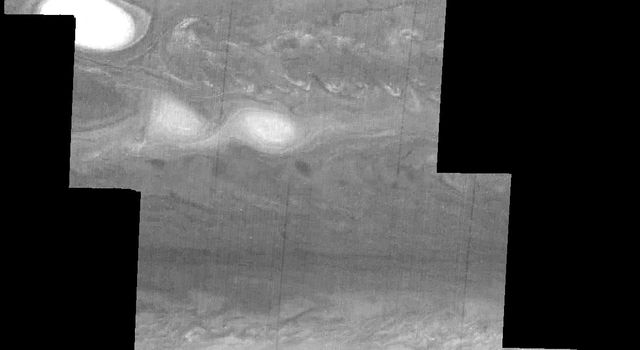 Mosaic of Jupiter's northern hemisphere between 10 and 50 degrees latitude. Jupiter's atmospheric circulation is dominated by alternating eastward and westward jets from equatorial to polar latitudes. The direction and speed of these jets in part determine the color and texture of the clouds seen in this mosaic. Also visible are several other common Jovian cloud features, including large white ovals, bright spots, dark spots, interacting vortices, and turbulent chaotic systems. The north-south dimension of each of the two interacting vortices in the upper half of the mosaic is about 3500 kilometers. Light at 410 nanometers is affected by the sizes and compositions of cloud particles, as well as the trace chemicals that give Jupiter's clouds their colors. This mosaic shows the features of Jupiter's main visible cloud deck and the hazy cloud layer above it.

North is at the top. The images are projected on a sphere, with features being foreshortened towards the north. The smallest resolved features are tens of kilometers in size. These images were taken on April 3, 1997, at a range of 1.4 million kilometers by the Solid State Imaging system on NASA's Galileo spacecraft.