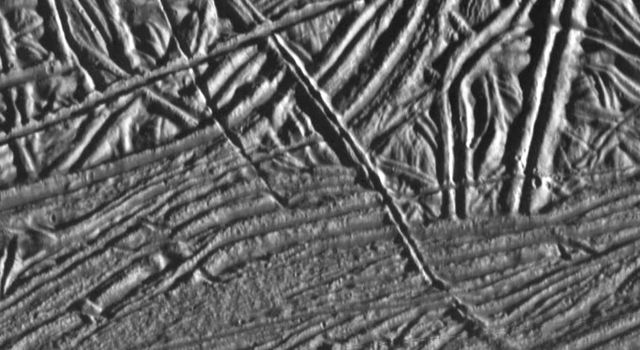 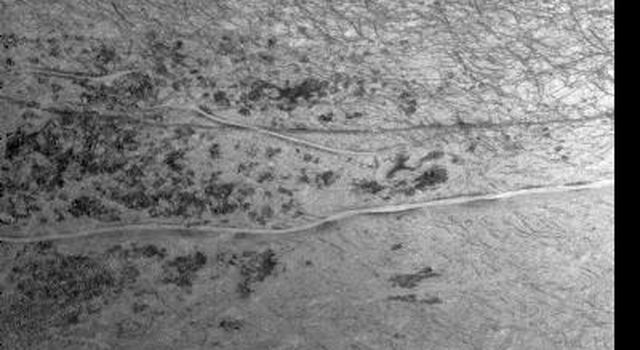 This image shows the Near Infrared Mapping Spectrometer (NIMS) observations of selected areas of Europa's trailing hemisphere during the Galileo E4 encounter on 19 December 1996. The NIMS data are projected onto a Voyager mosaic created from images taken in 1979. The spatial resolution of the NIMS images is approximately 3 km/pixel, four times better than those from Voyager. These NIMS observations are designed to search for mineralogical differences between high and low albedo regions. Observation E4ENSUCOMP03, for example, targets a series of double linea and the surrounding area in the northern latitudes of Europa. The linea seen in the visible by Voyager can be traced through the NIMS images, shown here at a 0.7 microns, a wavelength beyond human vision. The NIMS spectra show the surface of Europa is coated with a combination of water ice and hydrated minerals.