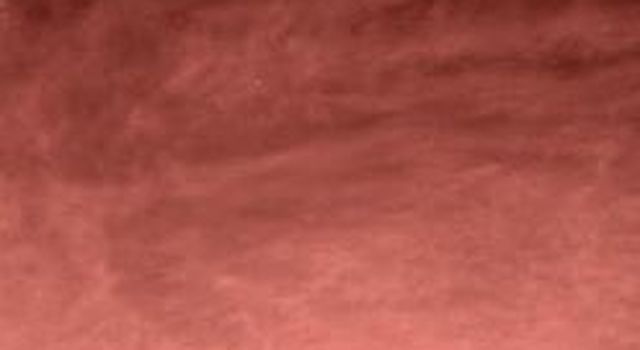 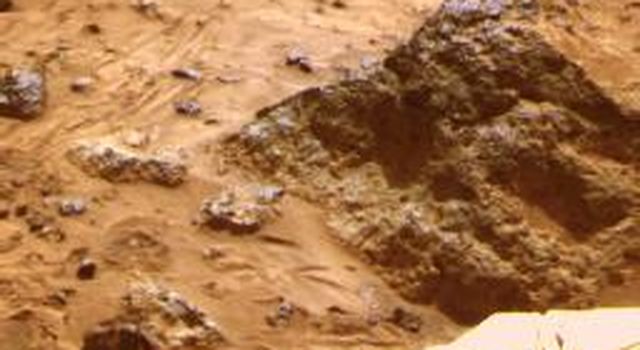 This image is one frame of an animation that was created by using two mosaics: a color image of the "Gallery Pan" and an image which indicates the distance to the nearest object at each pixel location, referred to as a range image. The range data set is treated as a displacement map with respect to a sphere's surface, and the color image mosaic is draped onto the inside of the sphere. The position of the camera is fixed at the sphere's center, while its viewing direction is in this case looking at the south pole of the sphere. The mosaics were projected onto a continuous cylindrical/perspective coordinate system spanning 360 degrees of azimuth. The distortion visible near the edges of this image is due to the large field of view, as well as the limitation introduced by using cylindrically-projected images on the sphere - the effects of which are less apparent when smaller fields of view are used.

The image has been rotated so that the main points of interest, which are the "Rock Garden," the rover Sojourner and the rock "Yogi," are easily seen arching across the upper hemisphere. In fixed Mars Surface coordinates, the top of the image looks out towards a point a few degrees north of West. Color has been enhanced to improve contrast in features, and is derived from IMP spectral filters 5, 9 and 0.