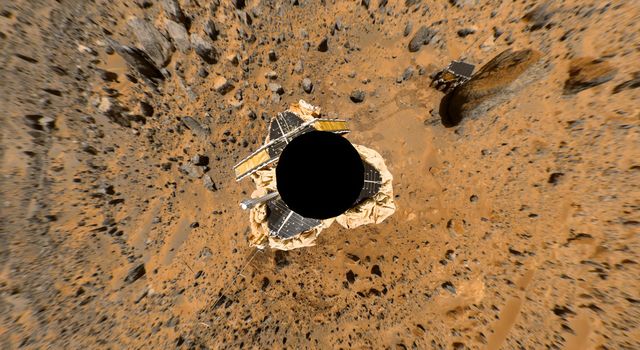 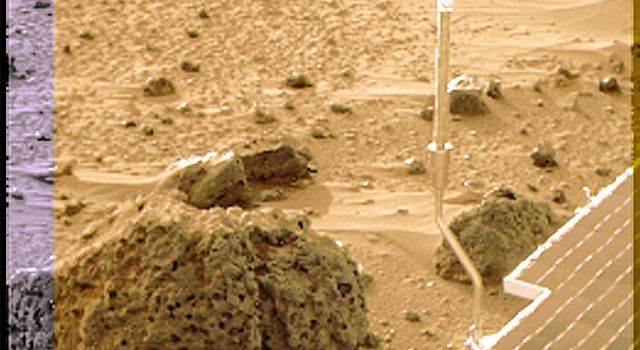 The "Mini Matterhorn" is a 3/4 meter rock immediately east-southeast of the Mars Pathfinder lander. This image, along with PIA00817 and PIA00818, shows how super resolution techniques can be applied to nearfield targets to help to address questions about the texture of the rocks at the landing site and what it might tell us about their modes of origin.

This image shows a "raw," standard-resolution color frame of the rock. PIA00818 and PIA00819 were produced by combining the "Super pan" frames from the IMP camera. The composite color frame consists of 7 frames from the right eye, taken with different color filters that were enlarged by 500% and then co-added using Adobe Photoshop to produce, in effect, a super-resolution panchromatic frame that is sharper than an individual frame would be.