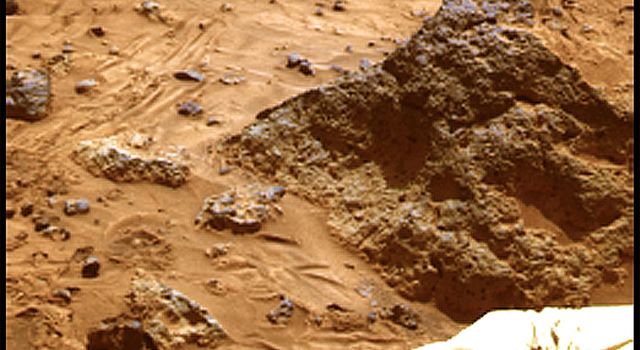 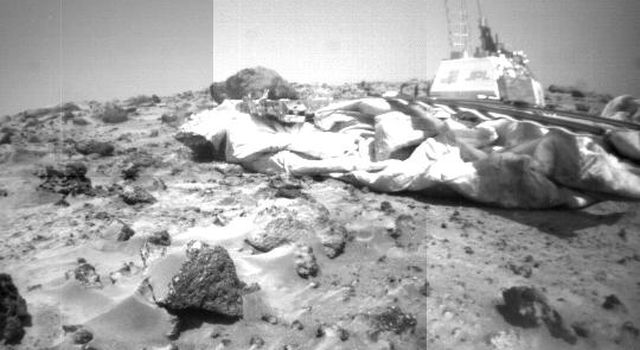 "Yogi" is a meter-size rock about 5 meters northwest of the Mars Pathfinder lander and was the second rock visited by the Sojourner Rover's alpha proton X-ray spectrometer (APXS) instrument. This mosaic shows super resolution techniques applied to the second APXS target rock, which was poorly illuminated in the rover's forward camera view taken before the instrument was deployed. Super resolution was applied to help to address questions about the texture of this rock and what it might tell us about its mode of origin.

This mosaic of Yogi was produced by combining four "Super Pan" frames taken with the IMP camera. This composite color mosaic consists of 7 frames from the right eye, taken with different color filters that were enlarged by 500% and then co-added using Adobe Photoshop to produce, in effect, a super-resolution panchromatic frame that is sharper than an individual frame would be. This panchromatic frame was then colorized with the red, green, and blue filtered images from the same sequence. The color balance was adjusted to approximate the true color of Mars. Shadows were processed separately from the rest of the rock and combined with the rest of the scene to bring out details in the shadow of Yogi that would be too dark to view at the same time as the sunlit surfaces.