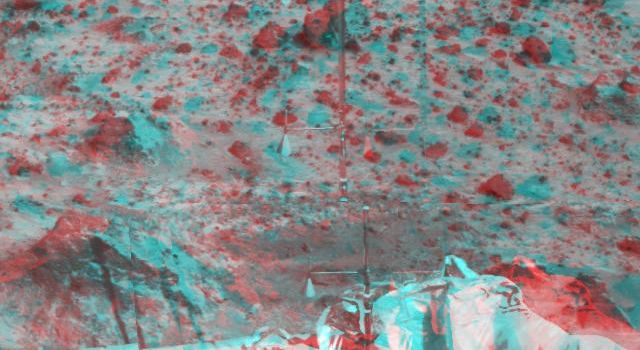 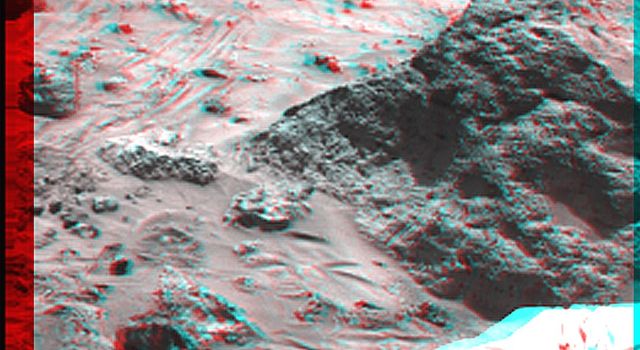 This 360-degree panorama was taken in stereo by the deployed Imager for Mars Pathfinder (IMP) on Sol 3. 3D glasses (red left lens, blue right lens) are necessary to help identify surface detail. All three petals, the perimeter of the deflated airbags, deployed rover Sojourner, forward and backward ramps and prominent surface features are visible, including the double Twin Peaks at the horizon. Sojourner would later investigate the rock Barnacle Bill just to its left in this image, and the larger rock Yogi at its forward right.

The IMP is a stereo imaging system with color capability provided by 24 selectable filters -- twelve filters per "eye." It stands 1.8 meters above the Martian surface, and has a resolution of two millimeters at a range of two meters. Stereoscopic imaging brings exceptional clarity and depth to many of the features in this image, particularly the ridge beyond the far left petal and the large rock Yogi. The curvature and misalignment of several section are due to image parallax.

Click below to see the left and right views individually.
View all Images