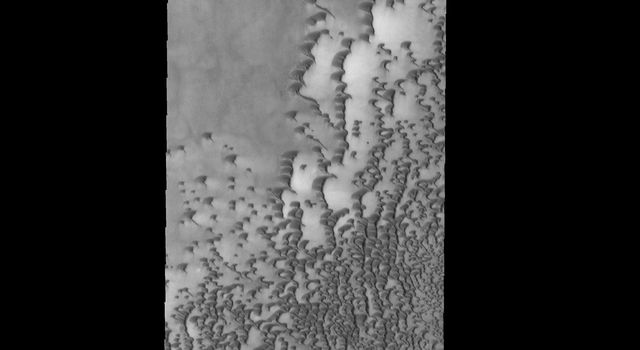 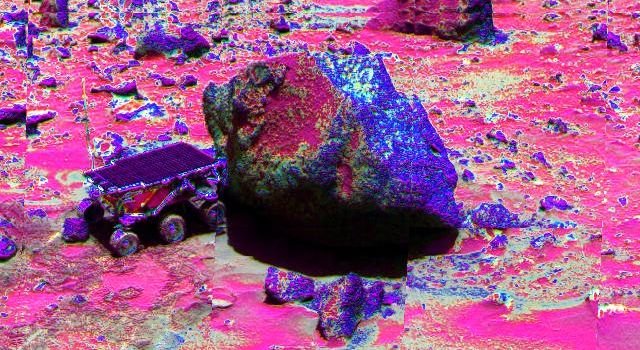 A close up of Sojourner as it placed its Alpha Proton X-Ray Spectrometer (APXS) upon the surface of the rock "Yogi" was taken by the Imager for Mars Pathfinder (IMP) over sols 8, 9 and 10. Distortion in the background is due to parallax. Early results of Yogi show it to be low in quartz content, and more primitive than the rock Barnacle Bill, and appeared more like the common basalts found on Earth.