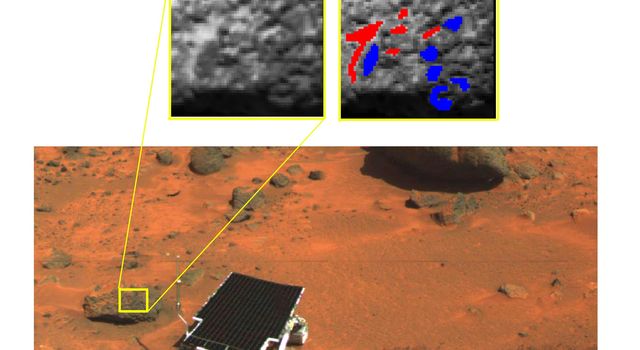 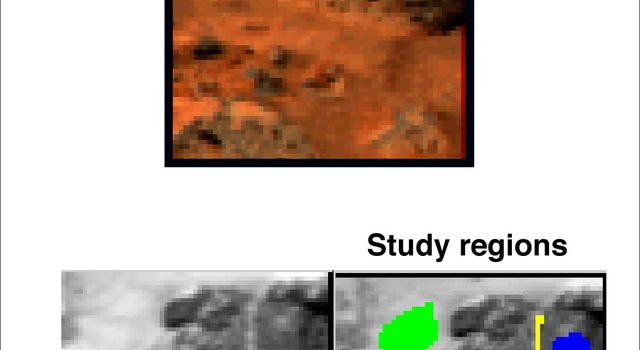 These spectra, color coded to PIA00760 of the rock Stripe, compare color features on the rock with the surrounding soil. Intermediate-colored darker soil in front of the rock (red) is intermediate in its spectral properties to the relatively unweathered rock face (blue) and the bright red soil forming the drift (green). The vertical stripe on the rock face closely resembles the dark intermediate soil, suggesting that the stripe may result from trapping of drift material in a fracture in the rock.

Mars Pathfinder is the second in NASA's Discovery program of low-cost spacecraft with highly focused science goals. The Jet Propulsion Laboratory, Pasadena, CA, developed and manages the Mars Pathfinder mission for NASA's Office of Space Science, Washington, D.C. The Imager for Mars Pathfinder (IMP) was developed by the University of Arizona Lunar and Planetary Laboratory under contract to JPL. Peter Smith is the Principal Investigator. JPL is an operating division of the California Institute of Technology (Caltech).