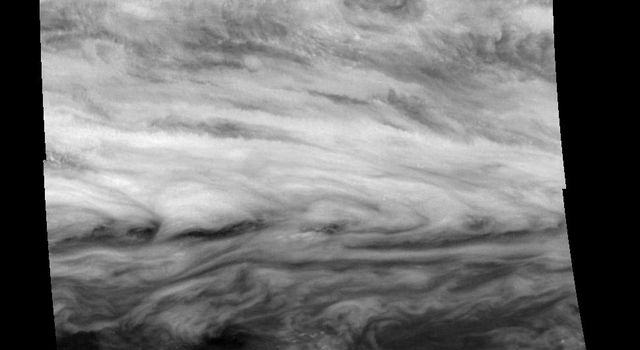 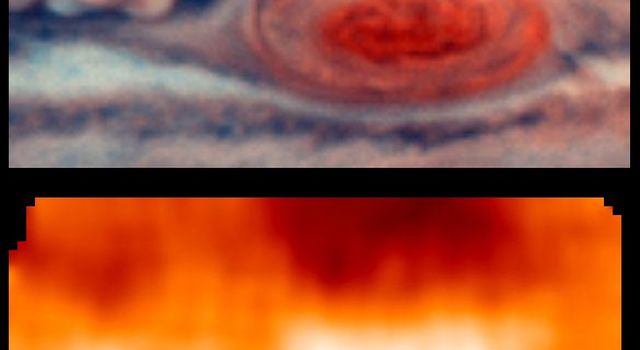 This is one of the highest resolution images ever recorded of Jupiter's temperature field. It was obtained by NASA's Galileo mission, with its Photopolarimeter-Radiometer (PPR) experiment, during the sixth of its 10 orbits around Jupiter to date. This map, shown in the lower panel, indicates the forces powering Jovian winds, and differentiates between areas of strongest upwelling and downwelling winds in the upper part of the atmosphere where winds are strong. The map is based on measurements from the PPR's 27-micron wavelength channel. A ground-based image from the NASA Infrared Telescope Facility, atop Mauna Kea, Hawaii, showing thermal emission from holes in clouds at 4.85 microns, is shown in the middle panel for reference, with the outline of the area covered by the PPR. The upper panel shows the area covered by the Galileo Solid State Imager (SSI) also during the sixth orbit.

Galileo's observations of the atmosphere targeted specific Jovian features, including the Great Red Spot and similar, but smaller, "storms