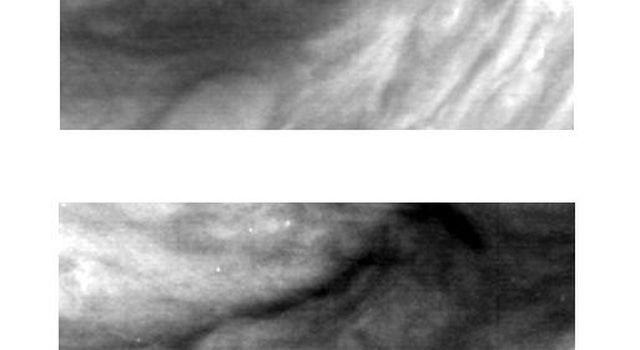 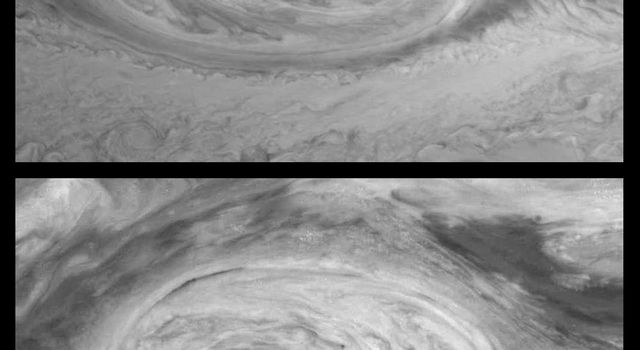 These two images of Jupiter's atmosphere were taken in the near-infrared portion of the spectrum with the 756 nanometer (nm) filter of the Solid State Imaging (CCD) system aboard NASA's Galileo spacecraft on June 26, 1996.

The bright white spot in the center of each image is to the northwest of Jupiter's Great Red Spot (GRS). The right image was taken approximately 9 hours later than the left image; the time separation of these two images shows the evolution of the clouds during one Jovian rotation period. Sequences obtained by NASA's Voyager spacecraft in 1979 show similar spots to the west of the GRS, which grew rapidly to diameters of 2000 kilometers within one day.