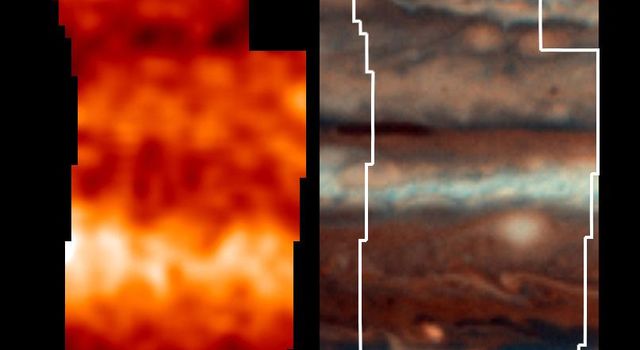 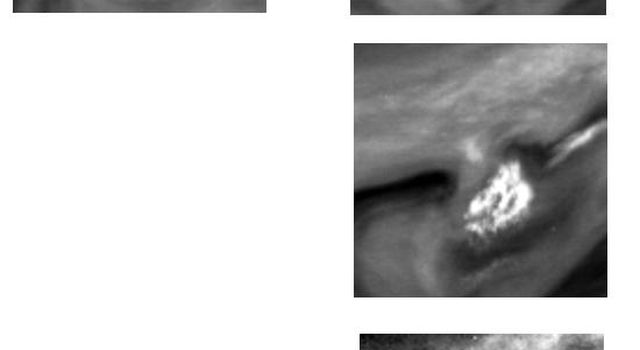 These two images of Jupiter's atmosphere were taken with the violet filter of the Solid State Imaging (CCD) system aboard NASA's Galileo spacecraft. The images were obtained on June 26, 1996; the lower image was taken approximately one rotation (9 hours) later than the upper image.

Mesoscale waves can be seen in the center of the upper image. They appear as a series of about 15 nearly vertical stripes; the wave crests are aligned north-south. The wave packet is about 300 kilometers in length and is aligned east-west. In the lower image there is no indication of the waves, though the clouds appear to have been disturbed. Such waves were seen also in images obtained by NASA's Voyager spacecraft in 1979, though lower spatial and time resolution made tracking of features such as these nearly impossible.

Mesoscale waves occur when the wind shear is strong in an atmospheric layer that is sandwiched vertically between zones of stable stratification. The orientation of the wave crests is perpendicular to the shear. Thus, a wave observation gives information about how the wind direction changes with height in the atmosphere.