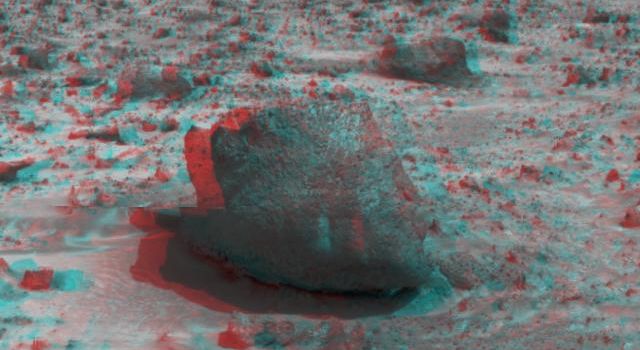 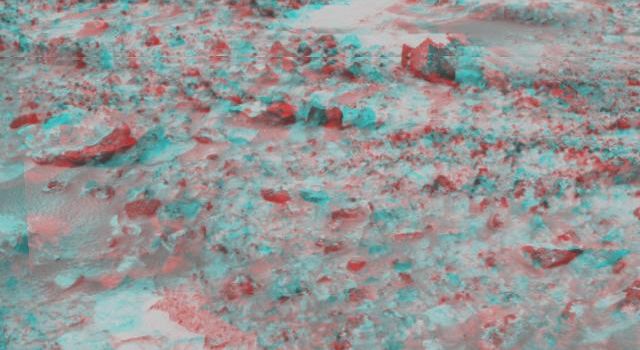 The left portion of this image, taken in stereo by the Imager for Mars Pathfinder (IMP) on Sol 3, shows the large rock nicknamed "Yogi." 3-D glasses are necessary to identify surface detail. Portions of a petal and deflated airbag are in the foreground. Yogi has been an object of study for rover Sojourner's Alpha Proton X-Ray Spectrometer (APXS) instrument. The APXS will help Pathfinder scientists learn more about the chemical composition of that rock. This image is part of a 3D "monster" panorama of the area surrounding the landing site.

Click below to see the left and right views individually.
View all Images