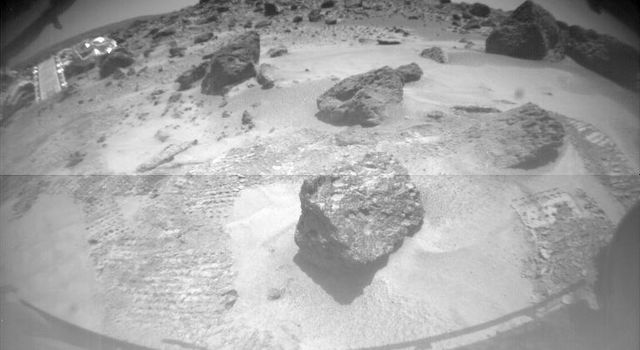 A Rover's-eye view of the Lander 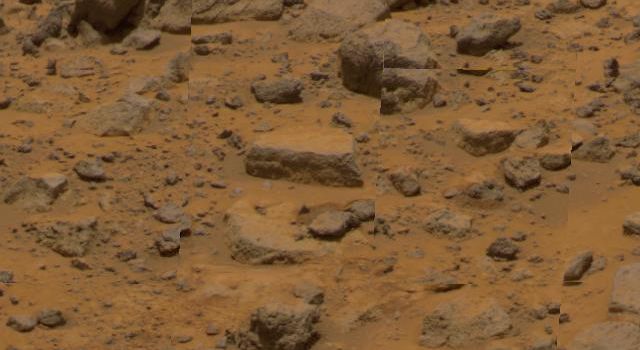 This view from the Sojourner rover's rear color camera shows a close-up view of the large rock nicknamed "Yogi."