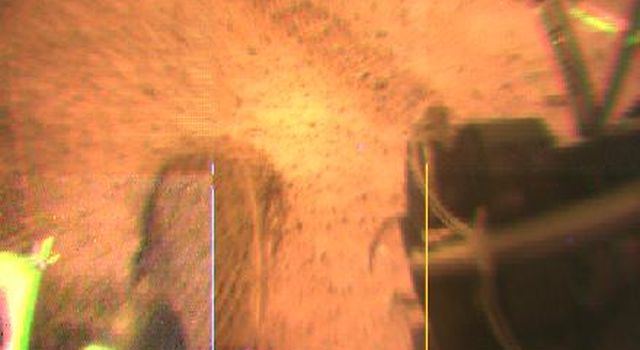 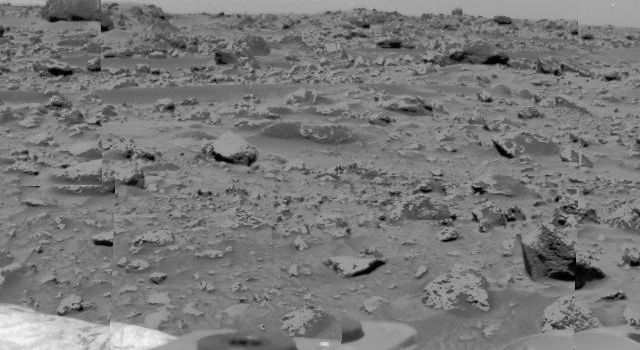 An area of very rocky terrain at the Ares Vallis landing site, along with the lander's deflated airbags, were imaged by the Imager for Mars Pathfinder (IMP) before its deployment on Sol 2. The high-contrast objects at lower right are portions of the lander and its deflated airbags.