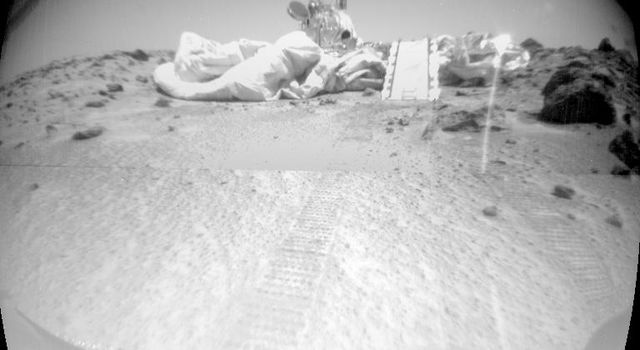 Taken from Sojourner's front stereo camera, this image features the large rock "Yogi" and hole dug by the front wheel of the rover into the Martian soil. The rover is maneuvering into a position better suited to image Yogi's intriguing features.