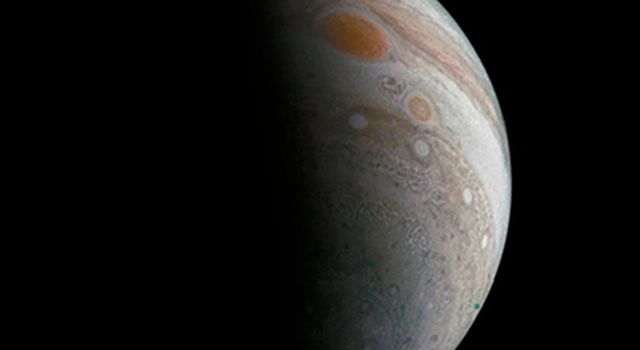 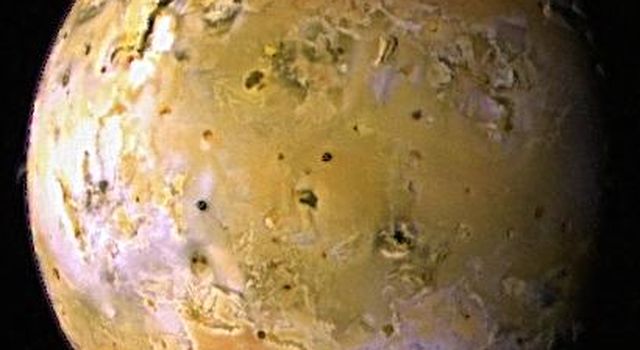 To accentuate the very faint, gossamer ring, the images were overexposed with respect to the main ring and the halo (both seen on the far right of the mosaic). In these long exposures, some stars are visible; other specks in the mosaic were caused by cosmic ray hits to the CCD. All parts of the Jovian rings scatter sunlight very efficiently in the forward direction, indicating that the particles are micrometers or less in diameter, small than the thickness of tissue paper. Such small particles are believed to have human-scale lifetimes, i.e., very brief compared to the solar system's age.

These images were taken through the clear filter (610 nanometers) of the solid state imaging (CCD) system aboard NASA's Galileo spacecraft on November 9, 1996. The resolution is approximately 46 kilometers per picture element from right to left; however, because the spacecraft was only about 0.5 degrees above the ring plane, the image is highly foreshortened in the vertical direction. The images were obtained when Galileo was in Jupiter's shadow, peering back toward the Sun; the ring was approximately 2.3 million kilometers (1.4 million miles) away. Jupiter lies about a full frame off the right edge.

The view of Earth's moon included in the explanatory graphics was created from imagery returned by the BMDO/NASA Clementine lunar orbiter which was launched in early 1994. (BMDO is Ballistic Missile Defense Organization.)