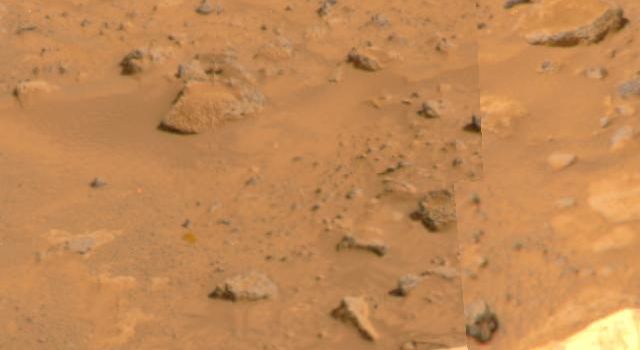 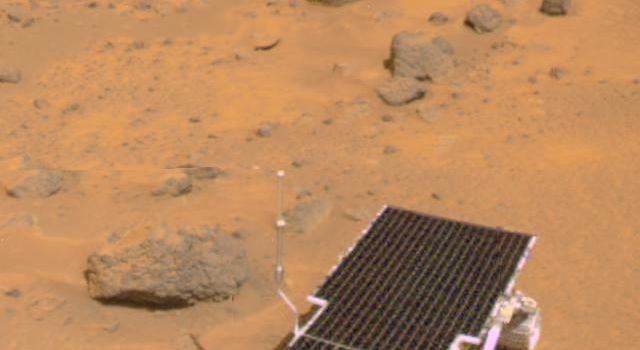 Portions of the rock dubbed "Yogi" are at the top of this color image, taken by the Imager for Mars Pathfinder on Sol 4. The light areas of soil directly below Yogi may be composed of salts.