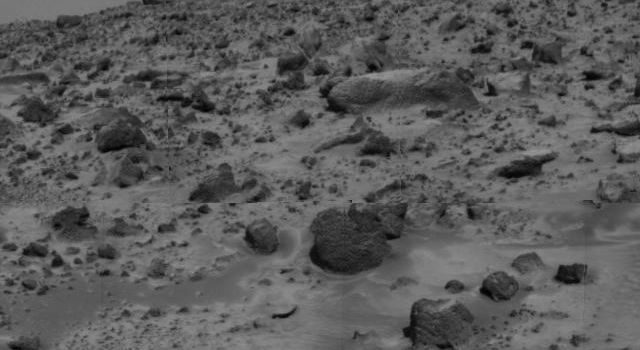 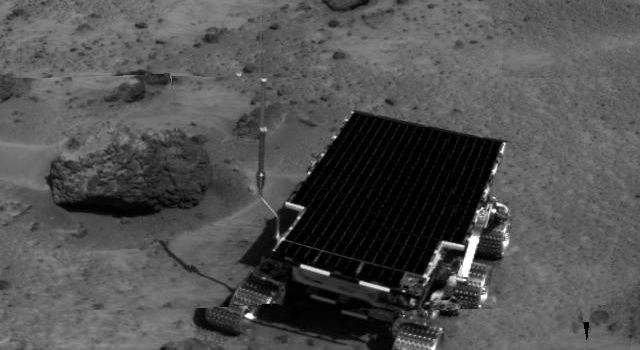 "Yogi," a rock taller than rover Sojourner, is the subject of this image, taken by the deployed Imager for Mars Pathfinder (IMP) on Sol 3. The soil in the foreground will be the location of multiple soil mechanics experiments performed by Sojourner's cleated wheels. Pathfinder scientists will be able to control the force inflicted on the soil beneath the rover's wheels, giving them insight into the soil's mechanical properties.

The image was taken by the Imager for Mars Pathfinder (IMP) after its deployment on Sol 3. Mars Pathfinder was developed and managed by the Jet Propulsion Laboratory (JPL) for the National Aeronautics and Space Administration. JPL is an operating division of the California Institute of Technology (Caltech). The IMP was developed by the University of Arizona Lunar and Planetary Laboratory under contract to JPL. Peter Smith is the Principal Investigator.