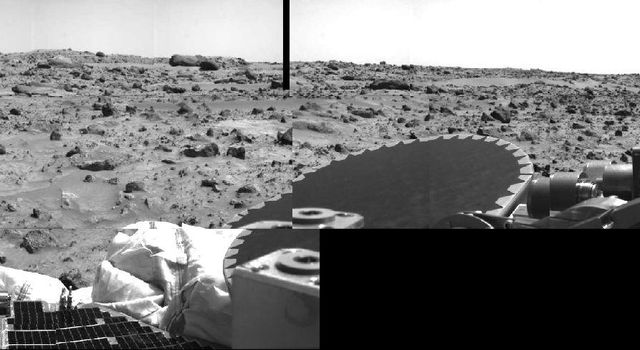 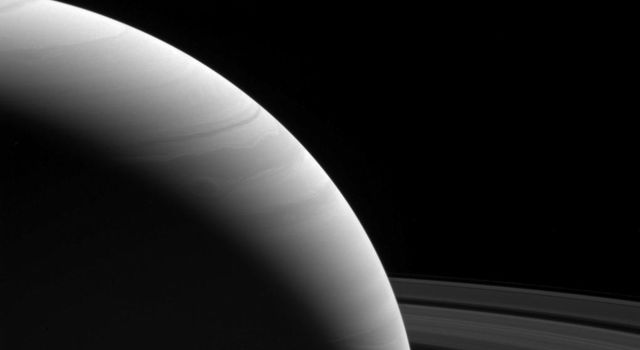 This picture taken by the IMP (Imager for Mars Pathfinder) aboard the Mars Pathfinder spacecraft depicts the rover Sojourner's position after driving onto the Martian surface. Sojourner has become the first autonomous robot ever to traverse the surface of Mars. This image reflects the success of Pathfinder's principle objective -- to place a payload on Mars in a safe, operational configuration.

The primary mission of Sojourner, scheduled to last seven days, will be to use its Alpha Proton X-ray Spectrometer (APXS) instrument to determine the elements that make up the rocks and soil on Mars. A full study using the APXS takes approximately ten hours, and can measure all elements except hydrogen at any time of the Martian day or night. The APXS will conduct its studies by bombarding rocks and soil samples with alpha particle radiation -- charged particles equivalent to the nucleus of a helium atom, consisting of two protons and two neutrons.