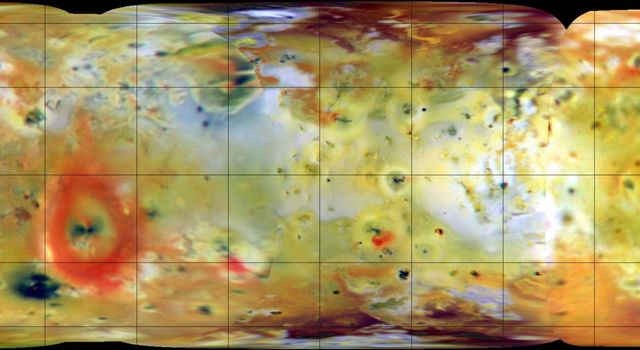 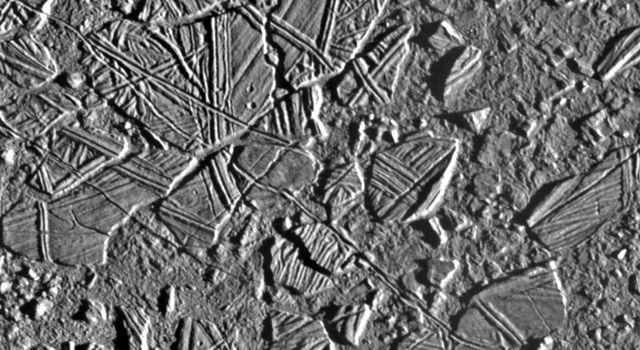 Ancient impact craters shown in this image of Jupiter's moon Ganymede taken by NASA's Galileo spacecraft testify to the great age of the terrain, dating back several billion years. At the margin at the left, half of a 19-kilometer-diameter (12-mile) crater is visible. The dark and bright lines running from lower right to upper left and from top to bottom are deep furrows in the ancient crust of dirty water ice. The origin of the dark material is unknown, but it may be accumulated dark fragments from many meteorites that hit Ganymede. In this view, north is to the top, and the sun illuminates the surface from the lower left about 58 degrees above the horizon. The area shown is part of Ganymede's Galileo Regio region at latitude 18 degrees north, longitude 147 degrees west; it is about 46 by 64 kilometers (29 by 38 miles) in extent. Resolution is about 80 meters (262 feet) per pixel. The image was taken June 27 at a range of 7.563 kilometers (4,700 miles).