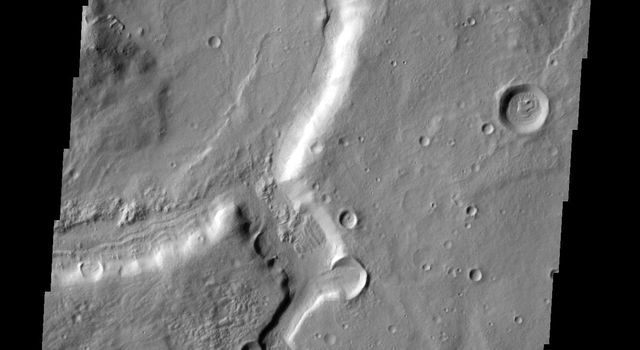 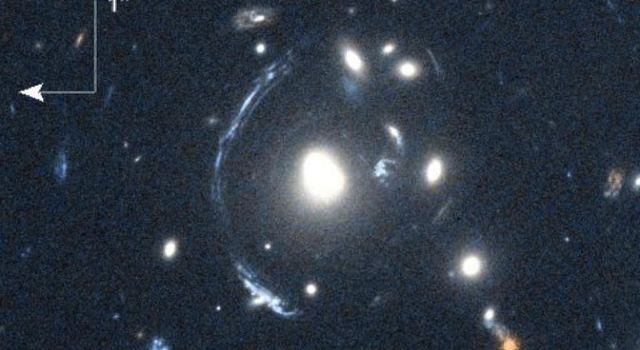 This image shows two views of the trailing hemisphere of Jupiter's ice-covered satellite, Europa. The left image shows the approximate natural color appearance of Europa. The image on the right is a false-color composite version combining violet, green and infrared images to enhance color differences in the predominantly water-ice crust of Europa. Dark brown areas represent rocky material derived from the interior, implanted by impact, or from a combination of interior and exterior sources. Bright plains in the polar areas (top and bottom) are shown in tones of blue to distinguish possibly coarse-grained ice (dark blue) from fine-grained ice (light blue). Long, dark lines are fractures in the crust, some of which are more than 3,000 kilometers (1,850 miles) long. The bright feature containing a central dark spot in the lower third of the image is a young impact crater some 50 kilometers (31 miles) in diameter. This crater has been provisionally named "Pwyll" for the Celtic god of the underworld.

Europa is about 3,160 kilometers (1,950 miles) in diameter, or about the size of Earth's moon. This image was taken on September 7, 1996, at a range of 677,000 kilometers (417,900 miles) by the solid state imaging television camera onboard the Galileo spacecraft during its second orbit around Jupiter. The image was processed by Deutsche Forschungsanstalt fuer Luftund Raumfahrt e.V., Berlin, Germany.

This image and other images and data received from Galileo are posted on the Galileo mission home page on the World Wide Web at http://galileo.jpl.nasa.gov. Background information and educational context for the images can be found at http://www.jpl.nasa.gov/galileo/sepo.