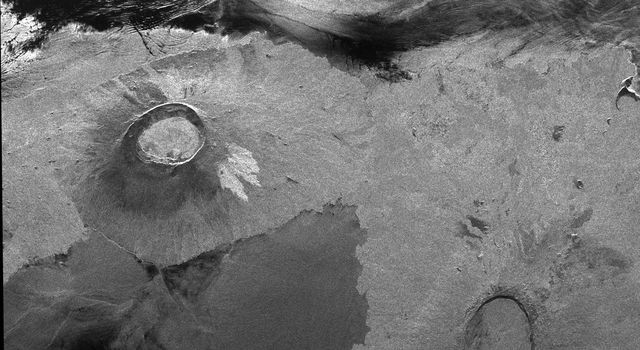 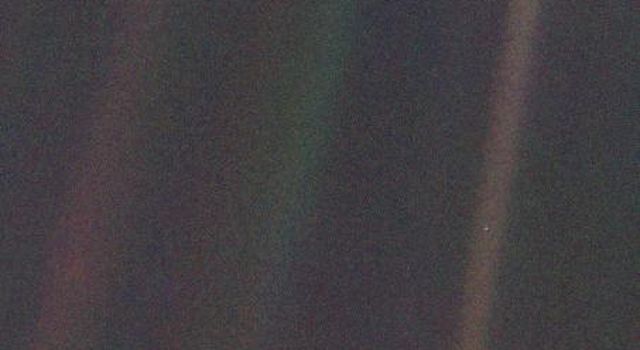 These six narrow-angle color images were made from the first ever 'portrait' of the solar system taken by Voyager 1, which was more than 4 billion miles from Earth and about 32 degrees above the ecliptic. The spacecraft acquired a total of 60 frames for a mosaic of the solar system which shows six of the planets. Mercury is too close to the sun to be seen. Mars was not detectable by the Voyager cameras due to scattered sunlight in the optics, and Pluto was not included in the mosaic because of its small size and distance from the sun. These blown-up images, left to right and top to bottom are Venus, Earth, Jupiter, and Saturn, Uranus, Neptune. The background features in the images are artifacts resulting from the magnification. The images were taken through three color filters -- violet, blue and green -- and recombined to produce the color images. Jupiter and Saturn were resolved by the camera but Uranus and Neptune appear larger than they really are because of image smear due to spacecraft motion during the long (15 second) exposure times. Earth appears to be in a band of light because it coincidentally lies right in the center of the scattered light rays resulting from taking the image so close to the sun. Earth was a crescent only 0.12 pixels in size. Venus was 0.11 pixel in diameter. The planetary images were taken with the narrow-angle camera (1500 mm focal length).