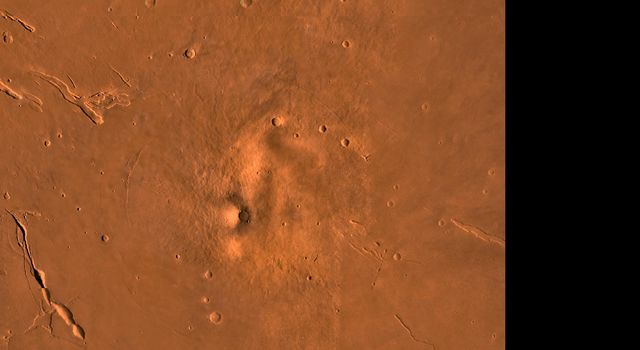 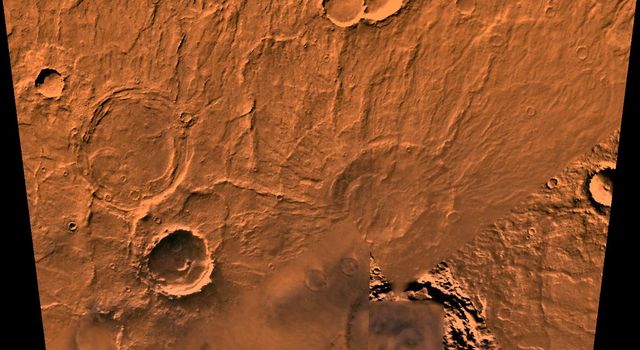 A color image of the Apollinaris Patera Region of Mars; north toward top. The scene shows the 80-km-wide central caldera of Apollinaris, a plume of young flows extending south down the flank of the volcano, a cliff and chaotic terrain west of the volcano, and the surrounding younger deposits of the Medusae Fossae Formation (north and east). A patera (Latin for shallow dish or saucer) is a volcano of broad areal extent with little vertical relief.

This image is a composite of Viking medium-resolution images in black and white and low-resolution images in color. The image extends from latitude 12 degrees S. to 6 degrees S. and from longitude 182 degrees to 189 degrees; Mercator projection.Apollinaris Patera is an isolated volcano (about 400 km across) lying on the Martian highlands just north of Gusev impact crater and the termination of Ma'adim Vallis. After the main edifice was built, eruption continued on the volcano's southern flank to form a broad ridge overlapping the original shield. Breakdown of ice-rich materials formed chaos on its western edge. Finally the friable materials (possible ash?) of the Medusae Fossae Fm were deposited.
View all Images