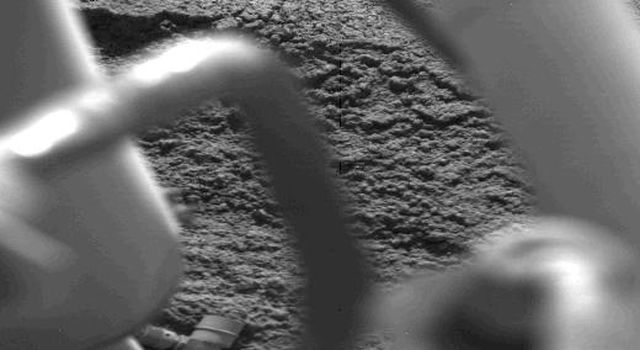 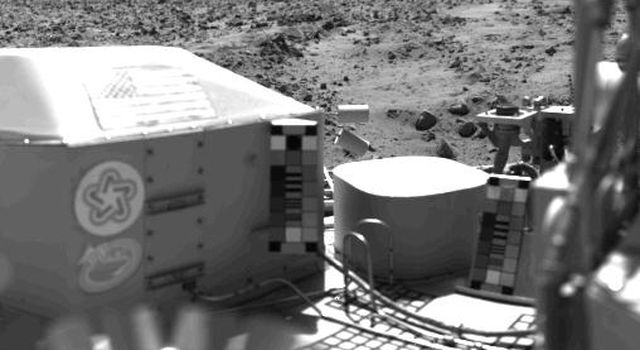 The United States Flag Stands On The Surface Of Mars

This image, received today, shows the trench excavated by Viking 1 surface sampler. The trench was dug by extending the surface sampler collection head in a direction from lower right toward the upper left and then withdrawing the surface sampler collector head. Lumpy piles of material at end of trench at lower right was pulled by plowing from trench by the backhoe which will be used to dig trenches later in the mission. Area around trench has ripple marks produced by Martian wind. The trench which was dug early on Sol 8, is about 3 inches wide, 2 inches deep and 6 inches long. Steep dark crater walls show the grains of the Martian surface material stick together (have adhesion). The doming of the surface at far end of the trench show the granular material is dense. The Martian surface material behaves somewhat like moist sand on Earth. Evidence from the trench indicate a sample was collected and delivered to the experiments after repeated tries. The biology experiment level full indicator indicates a sample was received for analysis. The X-Ray fluorescence experiment has no indication to show it received a sample. The GCMS experiment level full indicator suggests no sample was received but this matter is being investigated.