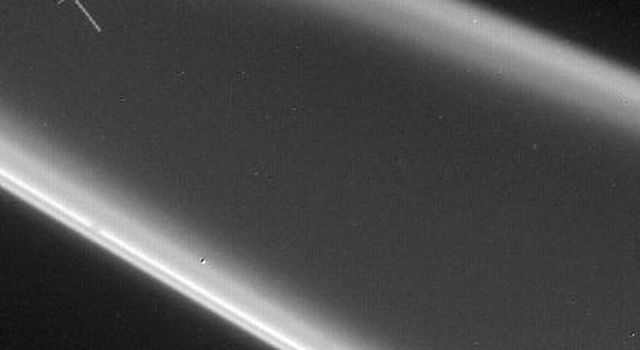 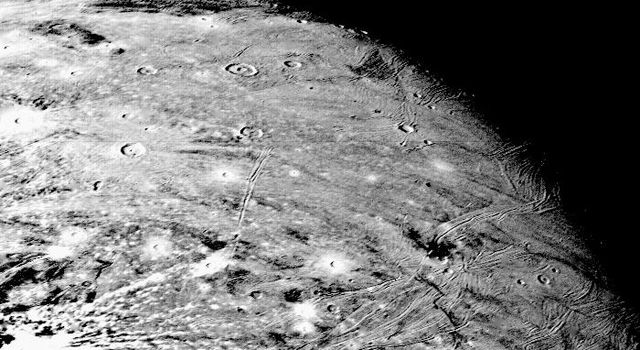 This dramatic view of Jupiter's satellite Io shows two simultaneously occurring volcanic eruptions. One can be seen on the limb, (at lower right) in which ash clouds are rising more than 150 miles (260 kilometers) above the satellite's surface. The second can be seen on the terminator (shadow between day and night) where the volcanic cloud is catching the rays of the rising sun. The dark hemisphere of Io is made visible by light reflected from Jupiter. Seen in Io's night sky, Jupiter looms almost 40 times larger and 200 times brighter than our own full Moon. This photo was taken by Voyager 1 on March 8, 1979, looking back 2.6 million miles (4.5 million kilometers) at Io, three days after its historic encounter. This is the same image in which Linda A. Morabito, a JPL engineer, discovered the first extraterrestrial volcanic eruption (the bright curved volcanic cloud on the limb). Jet Propulsion Laboratory manages and controls the Voyager project for NASA's Office of Space Science.