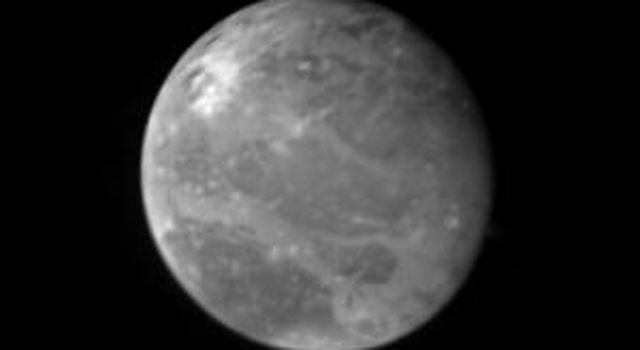 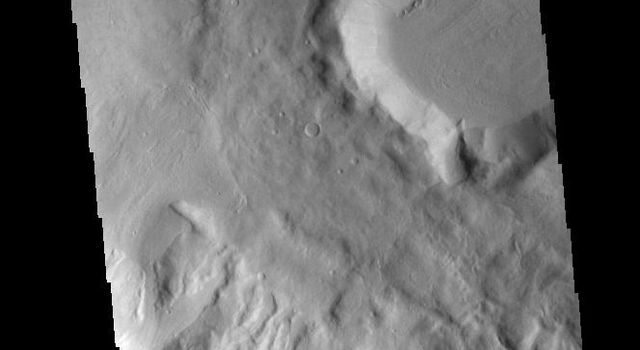 This color picture of Ganymede, Jupiter's largest satellite, was taken on the afternoon of March 2, 1979, by Voyager 1 from a distance of about 3.4 million kilometers (2.1 million miles). This photograph was assembled from three black-and-white pictures in the Image Processing Laboratory at JPL. This face of Ganymede is centered on the 260=B0 meridian. Ganymede is slightly larger than the planet Mercury but has a density almost three times less than Mercury. Therefore, Ganymede probably consists in large part of ice. At this resolution the surface shows light and dark markings interspersed with bright spots. The large darkish area near the center of the satellite is crossed by irregular light streaks somewhat similar to rays seen on the Moon. The bright patch in the southern hemisphere is reminiscent of some of the larger rayed craters on the Moon caused by meteorite impact. JPL manages and controls the Voyager project for NASA's Office of Space Science.