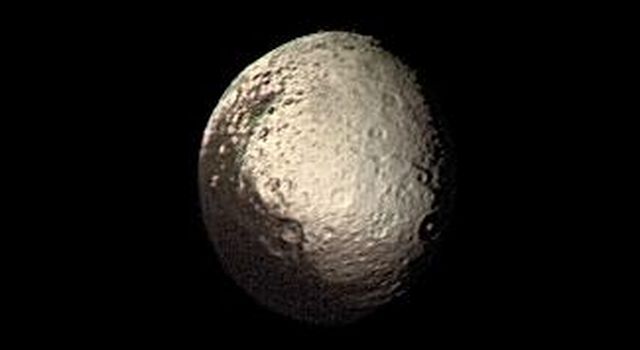 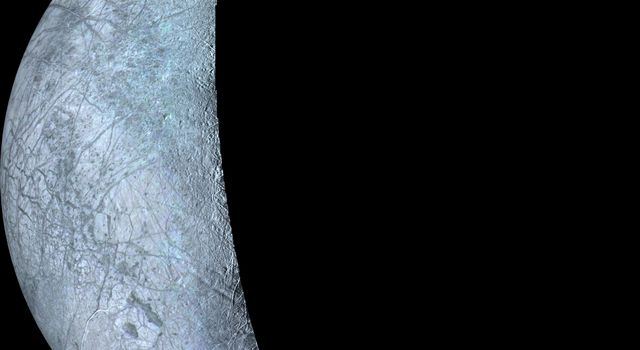 This Voyager 1 image mosaic shows Io's south polar region. The South Pole is near the terminator (line between daylight and night) at right center. Haemus Mons, a 10-km high (32,000 foot) mountain is at bottom. Elsewhere, much flatter volcanic plains, eroded volcanic plateaus, and crater-like volcanic calderas dominate the scene. The partly black-filled caldera at far left is Creidne Patera. The composition of the prevalent volcanic plains of Io could consist dominantly of sulfur with a thin discontinuous coating of sulfur dioxide frost or of silicates (such as basalt) coated with sulfurous condensates. The black material in Creidne Patera is where sulfur or silicates are probably still molten, whereas the brown material in the caldera is probably where the sulfur has solidified.