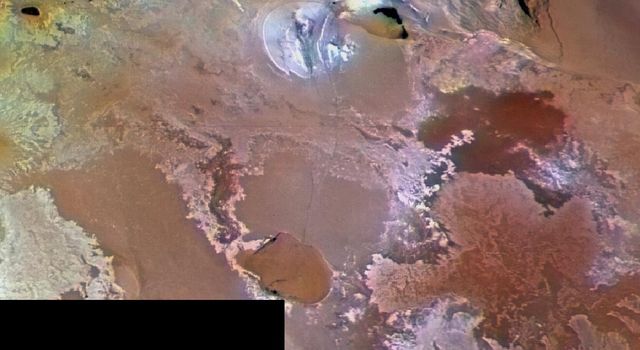 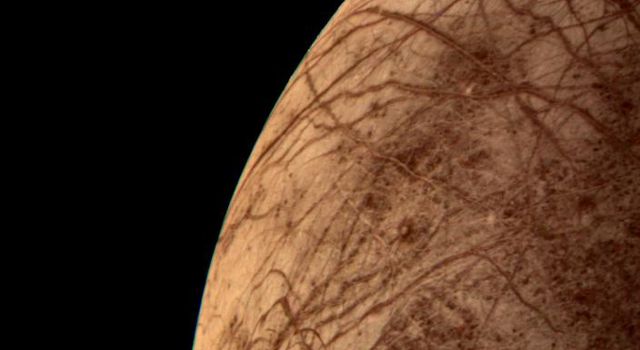 A huge area of Io's volcanic plains is shown in this Voyager 1 image mosaic. Numerous volcanic calderas and lava flows are visible here. Loki Patera, an active lava lake, is the large shield-shaped black feature. Heat emitted from Loki can be seen through telescopes all the way from Earth. These telescopic observations tell us that Loki has been active continuously (or at least every time astronomers have looked) since the Voyager 1 flyby in March 1979. The composition of Io's volcanic plains and lava flows has not been determined, but they could consist dominantly of sulfur with surface frosts of sulfur dioxide or of silicates (such as basalts) encrusted with sulfur and sulfur dioxide condensates. The bright whitish patches probably consist of freshly deposited SO2 frost. The black spots, including Loki, are probably hot sulfur lava, which may remain molten by intrusions of molten silicate magma, coming up from deeper within Io. The ultimate source of heat that keeps Io active is tidal frictional heating due to the continual flexure of Io by the gravity of Jupiter and Europa, another of Jupiter's satellites.