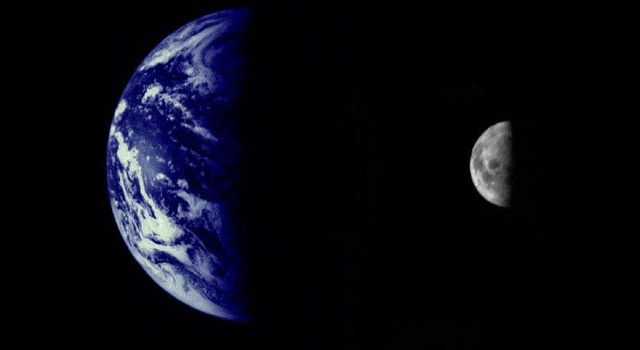 Earth and Moon as Viewed by Mariner 10 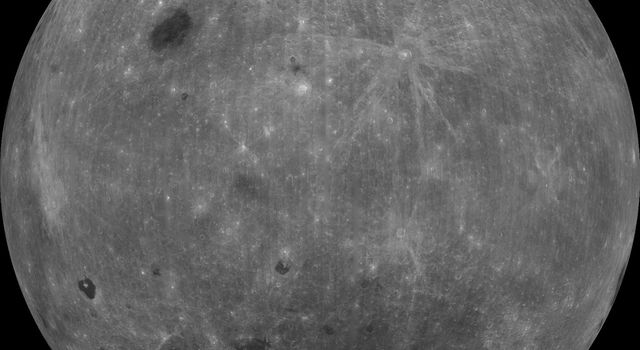 Farside View of Earth's Moon as Seen by the Clementine Spacecraft

About 50,000 Clementine images were processed to produce the four orthographic views of the Moon. Images PIA00302, PIA00303, PIA00304, and PIA00305 show albedo variations (normalized brightness or reflectivity) of the surface at a wavelength of 750 nm (just longward of visible red). The image projection is centered at 0 degree latitude and 270 degrees longitude. Maria Orientale (ringed feature just below image center) is just visible from Earth on the extreme western edge of the nearside of the Moon. Oceanus Procellarum (large dark albedo area in upper right of image) is a familiar nearside feature as seen from Earth.