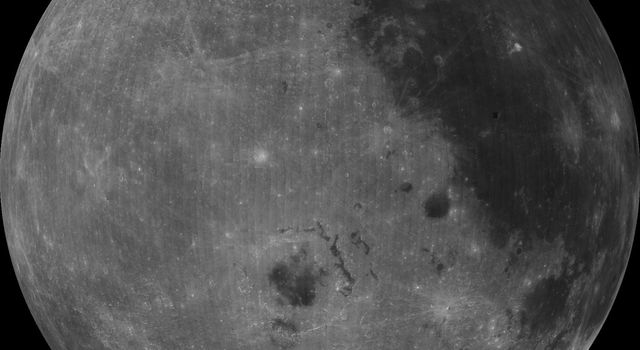 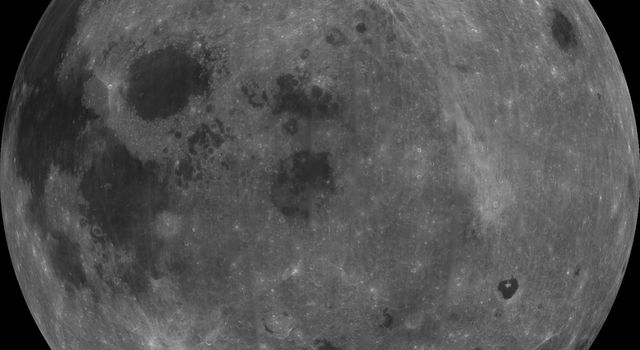 About 50,000 Clementine images were processed to produce the four orthographic views of the Moon. Images PIA00302, PIA00303, PIA00304, and PIA00305 show albedo variations (normalized brightness or reflectivity) of the surface at a wavelength of 750 nm (just longward of visible red). The image projection is centered at 0 degree latitude and 180 degrees longitude. Mare Moscoviense (dark albedo feature upper left of image center) and South Pole-Aitken Basin (dark feature at bottom) represent maria regions largely absent on the lunar farside. The Clementine altimeter showed Aitken Basin to consist of a topographic rim about 2500 km in diameter, an inner shelf ranging from 400 to 600 km in width, and an irregular depressed floor about 12 km in depth.